This year, we were thrilled to host the 3rd Oceania mouse TART symposium at the University of New South Wales (UNSW) in Sydney. The organising committee (Fabien Delerue - UNSW, Irma Villaflor - CMRI, Elizabeth Williams - UQBR and Karen Brennan - VCCRI) wishes to thank all participants and attendees, for what was certainly an unprecedented success. We totalled an unexpected 143 registrations; several attendees came from overseas (e.g. New-Zealand, Japan, USA, France, Spain) to listen to 27 speakers and browse through 14 posters over 2 days, illustrating the incredible level of interest and commitment displayed during the entire symposium. Similarly, the level of support was outstanding with 29 sponsors, including 11 trade-displays. The committee would like to thank all sponsors (including the ISTT) for largely contributing to the success of the symposium.

The CARD-Texas Mouse Reproductive Technology Workshop was held on November 14th-18th 2017 at the Texas A&M Institute for Genomic Medicine (TIGM) in College Station, Texas. The workshop was organized by Naomi Nakagata and Toru Takeo of the Center for Animal Resources and Development (CARD) at Kumamoto University, Andrei Golovko and Benjamin Morpurgo of TIGM, Jan Parker-Thornburg of The University of Texas M.D. Anderson Cancer Center, and William Shawlot of The University of Texas at Austin. Nineteen students and seventeen instructors and lecturers participated in the five-day lecture and hands-on workshop. 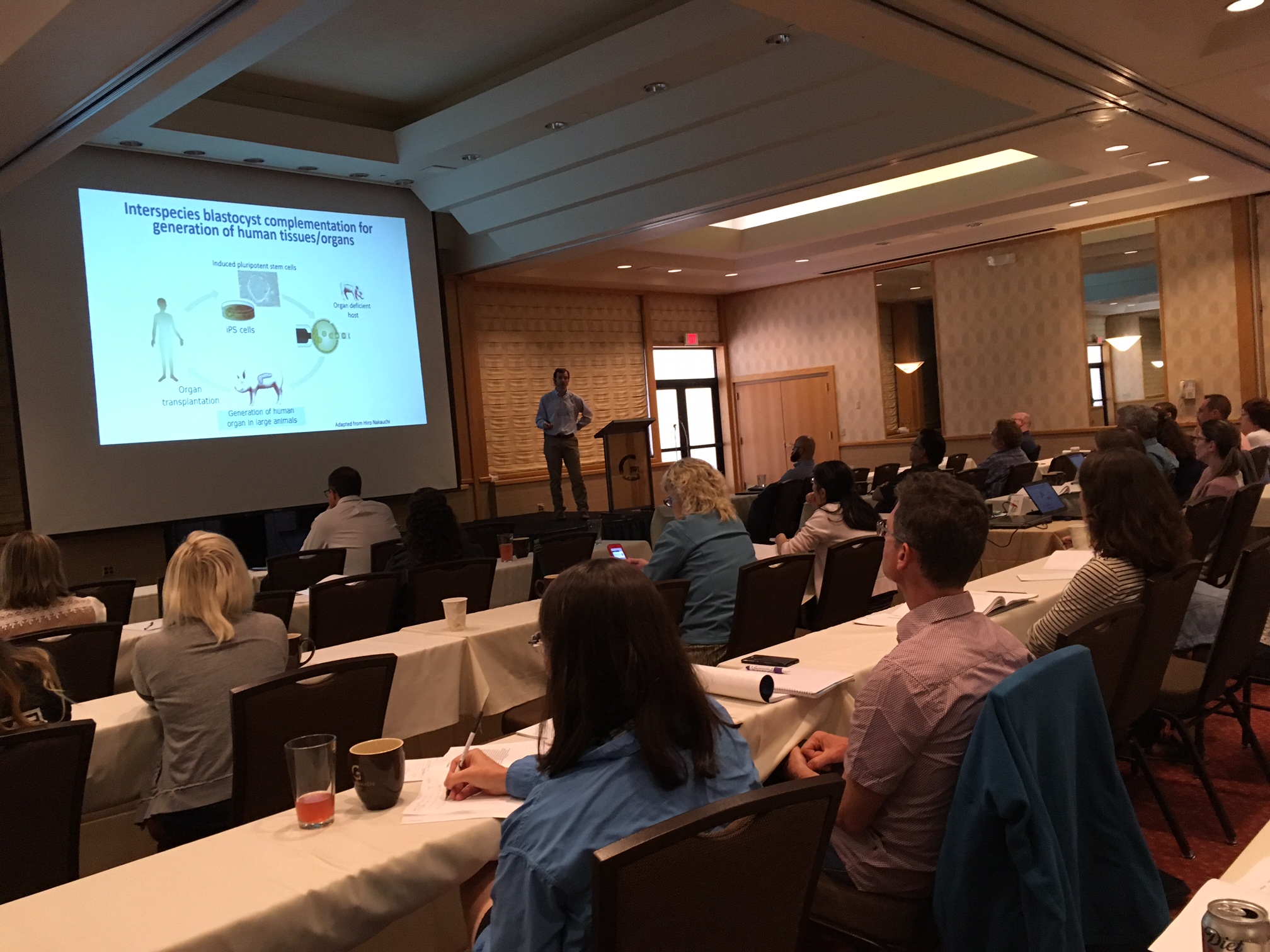 Jim Murray of UC Davis organised the brilliant conference, TARC XI, on all things relating to transgenic - and now genome edited - large animals.  The conference was held at the Granlibakken Conference  Center in Tahoe City, California USA from August 13th to 17th, 2017.

Posted by: Jean Jaubert on Monday, December 12, 2016
The one-week CARD-IP Cryocourse, sponsored by ISTT, was held in Paris at the Institut Pasteur between october 24th and 28th 2016. This workshop initially planned in june 2016 had to be postponed to october following major earthquakes in Japan in the ...
Comments (1)
Items 1-4 of 4